Thousands of Citroën 2CV cars from around the world converged on the small town of Salbris in central France on Tuesday for the 19th meeting of the Amis de la 2CV.

Thousands of Citroën 2CV cars from around the world converged on the small town of Salbris in central France on Tuesday for the 19th meeting of the Amis de la 2CV. 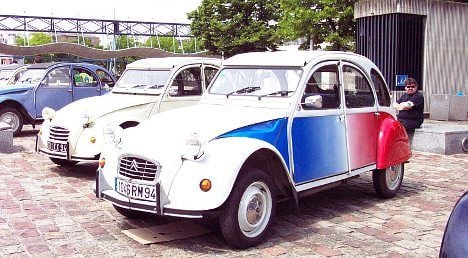 The event, held on a 60-hectare site near the town, is held every two years and is expected to attract over 6,000 cars. It will run until Sunday.

Most of the attendees will be from Europe, but “there will be fans travelling from Japan, New Zealand, Australia, Brazil, the US and Africa,” said Christian Courte, president of the 2CV France 2011 association.

Attractions will include four pre-war prototype Citroën 2CVs as well as the Citroën Revolte concept, which was inspired by the design of the car.

There will also be an ‘assembly-disassembly’ event in which competitors will try to beat the current records for taking apart and putting back together the car: 2 hours 45 minutes and 1 hour 15 minutes respectively.

The Citroën 2CV was first unveiled at the 1948 Paris Motor Show, eventually selling over 5 million units until its demise in 1990, making it the most produced car by the company.

At the time it surprised with its unconventional design although it was praised for its high quality engineering. A review by Autocar in 1953 wrote of “the extraordinary ingenuity of this design, which is undoubtedly the most original since the Model T Ford.”