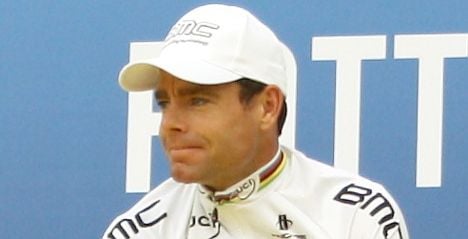 The 98th Tour ended with a traditional sprint up the Champs-Elysées yesterday, with 34-year old Cadel Evans becoming the first Australian to take the title and the oldest winner since 1923.

The biggest surprise of this year’s Tour has been the surge in popularity.

The 2011 Tour has undoubtedly been helped by greater French success, particularly the saga of plucky Frenchman Thomas Voeckler, who almost didn’t make it onto the team after his sponsor pulled out. Voeckler got to wear the famous yellow jersey for ten days after winning ten individual stages over the three week race.

He added that this year’s success is down to “suspense, which has been missing for a long time. Over the last few years, the races were all between 15 cyclists and we knew who would win from day one.”

Writing in France Soir, the newspaper’s deputy editor, Patrick Meney, said “all the ingredients came together at last to excite the country.” He cited the cleaned-up athletes, the excitement and the tension of this year’s event as well as the chance to see France’s spectacular scenery.

Cycling fan President Nicolas Sarkozy held a reception for the French riders and their partners at the Elysée Palace on Sunday evening. Voeckler’s teammate, Pierre Rolland, himself winner of one of the race’s stages, told AFP “being received by the President is a great honour.”

Five French cyclists featured in the top 15 places, the best achievement by the country in twenty years.