Kenneth Thompson, the attorney for a Guinean-born hotel maid who accused the ex-IMF chief on May 14, and David Koubbi, who represents French journalist Tristane Banon, were seen entering the office of the Manhattan District Attorney’s office, US media reported.

The spokeswoman for District Attorney Cyrus Vance confirmed in an email to French reporters that Thompson and Koubbi met with members of his team. No details on the meeting were immediately given.

Thompson did not make any statement on the meeting.

In New York, Strauss-Kahn, who had been seen as a potential presidential standard bearer for his Socialist Party, faces seven charges in New York including attempted rape.

He was released from house arrest earlier this month after US prosecutors raised concerns about the credibility of the New York hotel chambermaid who accused him of sexual assault.

But the charges made by the Guinean woman have not been dismissed, and Strauss-Kahn is due back in court on August 1.

Police questioned the Socialist politician’s daughter and her mother, his ex-wife Brigitte Guillemette, on Friday over claims by French writer Tristane Banon that he tried to rape her in 2003, said the source, who asked not to be named.

Guillemette is Banon’s godmother and Camille Strauss-Kahn was a friend of Banon, now 32, at the time of the alleged attack, which Banon says took place as she tried to interview Dominique Strauss-Kahn for a book. 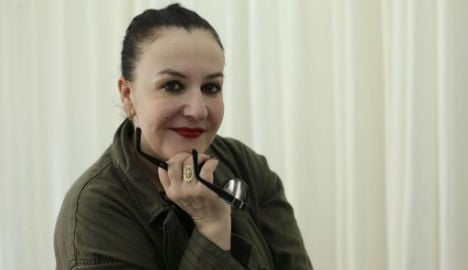