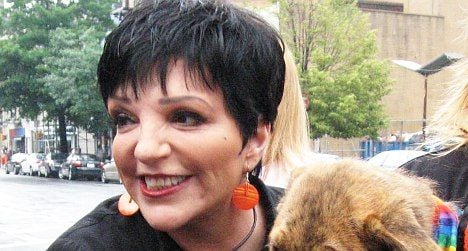 “What I’m really, really so honoured about is to be a part of France, to be a part of the city and the country of my dreams,” said the 65-year-old singer and actress at a ceremony hosted by Culture Minister Frédéric Mitterrand.

Minnelli, who collected an Oscar in 1972 for her performance in “Cabaret”, was playing the Olympia music hall — where her 1969 appearance became a live album — later on Monday as part of an international tour.

Underscoring Minnelli’s contribution not only to show business, but also to the fight against HIV-AIDS, Mitterrand said: “We love you because you make our lives better.”

France often gives the Legion of Honour to American and other foreign entertainers. Former California governor and “Terminator” star Arnold Schwarzenegger received one three months ago during a television festival in Cannes.