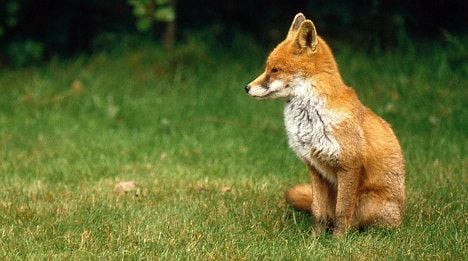 The court in Bergerac, in the Dordogne region in south-western France, told the Delanes family that Zouzou, the young fox which has lived in a pen in the family’s backyard for over a year, would have to be surrendered to authorities.

“This is an absurd decision,” said Anna-Paule Rodrigues, one of Zouzou’s adoptive parents. “We have no idea where they are going to take him.”

Her companion, Didier Delanes, found the fox cub in April 2010 along the side of the road lying under its dead mother, which had been run over by a car. He took the animal home and the family raised it as a pet.

The fox eats dog food, drinks water out of a dish and family members can approach it and even pet it.

But in France, raising a wild animal without special authorization is against the law. In March, the National Office of Hunting and Wild Animals found out about Zouzou and began legal proceedings against its keepers.

On Tuesday afternoon, a judge ruled that the fox must be confiscated and slapped a €300 fine on the family.

However, the penalty might be considered a light one. Under French law, the court could have imposed a one-year jail sentence and a fine of €15,000.

The presiding judge, Jean-Luc Gadaud, had harsh words for the family and the media, which he said had “made much more of the story than it deserved.” He admitted to having received death threats associated with the case.

Zouzou’s adopted family has promised to appeal, although the confiscation order will remain in effect.

“We are very disappointed,” Rodrigues said after the ruling. “It’s like we’re criminals and have done something wrong, although we didn’t do anything of the kind.”