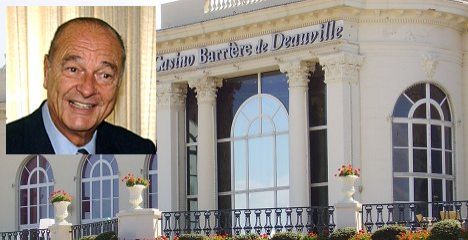 The 78 year old was in the Normandy resort with his wife Bernadette. Deauville was also the venue for the G8 meeting in May.

The refusal was not due to a failure to follow the casino’s dress code or even a difference in political views. Instead, it was the presence of Doudou, the beloved pet dog of the former President and his wife.

A spokesman for the casino told newspaper Paris-Normandie that they were just following the rules. “As with any person who comes here, we had to refuse entry because animals are not accepted in our establishment.”

Doudou was a birthday gift to Chirac from TV presenter Michel Drucker in 2009.

It seems that Chirac, his wife and Doudou were not too upset by the incident. Newspaper Ouest-France reports that the three of them were later seen sunbathing under a parasol.